For most people, their mental performance is something they are born with and never think of again.

Believe it or not, the reason this happens is related to elephants!

(I promise this is relevant!)

Though they’re one of the strongest animals on the planet, elephants can be constrained with the smallest sticks and ropes.

If you have ever been to Southeast Asia, you’ve seen that elephants are still used as a mode of transportation.

But that’s not the amazing part… what is amazing is the fact that the elephant handlers use small ropes tied to the ground with tiny sticks to keep an elephant in place.

Imagine one of the strongest animals in the world, constrained by something the smallest child could break free of.

This works because the handlers tie the elephants to massive trunks with large ropes when they are young. The young elephants pull and tug and fight until they tire out, and they soon learn they cannot move when tied up.

The handlers then use increasingly smaller ropes and sticks, but the elephants never struggle. Instead, they’ve learned that they cannot move when tied up.

You limit your mental abilities because you learned how to use your mind in a certain way growing up.

And because of it, you never developed your true potential!

The training of concentration and mind power is the equivalent of the elephant breaking the ropes that tie it down.

It’s the discovery of sweet freedom once again!

It’s being unchained with the whole world ahead of you

Whether you discover your concentration and mind power by chance or by deliberate search, there is no doubt that it breathes new life into your world. You go through life with a piece missing, and suddenly, it clicks, and you’re a different person. You enjoy more focus, Will, and drive to accomplish what you want.

It’s like discovering a goldmine in your backyard that never runs out of gold. You’ll have the fuel to conquer your goals, dreams, and desires.

Most people would pay millions to be in this particular state. And you’ll discover it through the ancient secrets of Tratak and Concentration.

Our Newest Program, Concentration and Mind Control, is the Shortest and Most Efficient Path For Applying the Principles of Mind Power to Unparalleled Levels of Focus and Control in Your Life.​ 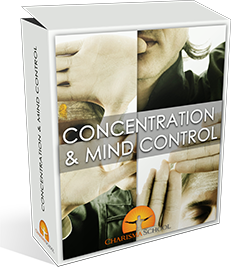 Concentration and Mind Control is a 4 Module program for taking your concentration, mind power, and Will to a different level beyond what you can imagine.

Here are some benefits (more on that later) people experience toward the end of the program:

What You’ll Learn in this Course:

Being one of the most comprehensive Concentration and Mind Power courses you can find anywhere, this training packs a punch in all 4 Modules. Yet, you go step-by-step to be sure you absorb all the benefits of this demanding training.

Here’s a brief outline of what you’ll experience in each Module. 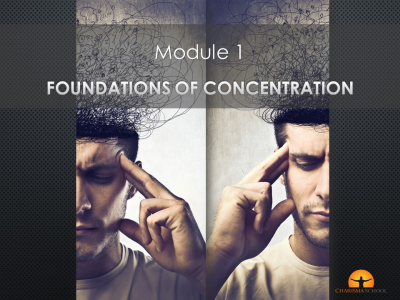 This initial module aims to establish a baseline of concentration and focus so you can handle the other harder (and more potent) exercises. By doing this module alone, your concentration can improve to be better than 95% of the world population. 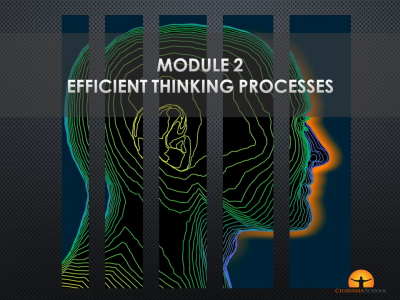 In this second module, your thinking processes become more efficient. With your newly found concentration, you can train your reading, speaking, and thinking to become highly focused. With this development, your concentration enters a self-reinforcing loop throughout your day since every action you take is done with a laser-like focus. 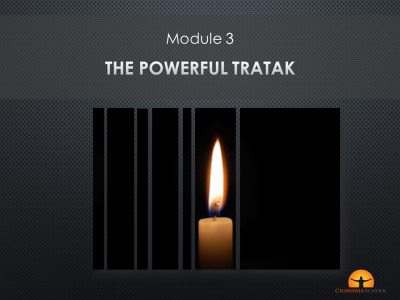 The Tratak process is the crown jewel of this training. The Tratak process we are teaching originates from an Indian magnetic tradition. One focused on Tratak almost exclusively, so you won’t find these teachings in your usual yoga and meditation books.

This is far more powerful.

Therefore, I only recommend this process for those with a healthy mental status and firm inner power. You can – quite literally – go crazy by doing these exercises. It’s not a scare tactic; it’s the truth. That’s why you need firm preparation. But the rewards are worth the risk! The amount of mind power and concentration you gain from this is more than any other technique known to man. 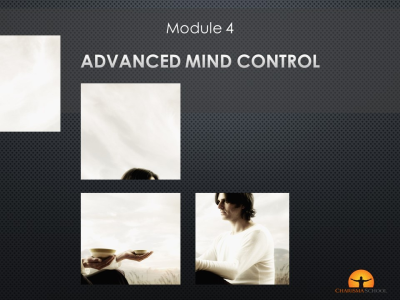 In this last module, you’ll be surprised by the power of your mind.

You are introduced to the 6 Mind Control Trials, where you gain control over body functions you never thought you had. This advanced training on mind/body control gives intensity and density to your personality. You grow your Will and energy density by learning to control your body.

With these exercises, your Will and intention become explosively stronger with any influence you wish to pursue. So whenever you intend to influence someone, even if you don’t use any particular technique, having this mind control over yourself will give you tremendous power.

Some exercises in this course are done using specially designed online software. This software makes the training much more convenient and efficient than doing it with a partner. Instead of falling prey to the traditional biases of the human mind, you get genuinely randomized and automated training. This way, you can also train anytime, whether you’d like to train at 5 am or 3 pm, it doesn’t matter. The computer is always there for you. And unlike similar programs, you get lifetime access to them with a one-time fee (instead of paying monthly!).

Nothing is held back. Those who have taken other Charisma School courses know we have a no-BS approach to delivering the goods. There’s no beating around the bushes or shying away from the obvious. Instead, we reveal, step by step, all the techniques that have been highly effective for hundreds of years. You’re getting all the materials that I’ve personally received from the past masters.

The Tratak training requires personalized energy testing and tools. You can’t do Tratak using just general symbols and tools. They can have negative consequences for your overall being. You will need individualized energy testing, and we can choose the precise and highly beneficial tools for your own energy field. This makes your Tratak practice not only a training in concentration but also an advanced energy initiation. (The tools are included with the price of the training)

As in all our training, we consider the mind, body, and energy. We always take a holistic approach. Modern concentration training fails because they often don’t consider these other important aspects of it. Yet, the traditional teachings were all aware of the different elements and used them to achieve supernatural levels of concentration and mind power.

What Concentration has to do with Magnetism and Charisma?

The power of your mind is closely associated with personal magnetism.

As we teach it, personal magnetism is not merely focusing on your body language, empathy, and being nice to people. As important as all these things are, there are deeper forces at work.

Personal magnetism is a deeper force and must be trained accordingly. You must train your Will, Energy, and Projection ability (with the eyes, touch, movement, and space, among others).

Mind training and concentration are what link everything together. Without a firm control and grasp of your mind, you cannot move your energy correctly, focus your mind, and project your energy.

The projection of your magnetism always starts in your thoughts and mind.

How long are the exercises?

This course requires around 30 minutes each day.

Do I need to continue the exercises after the course is over?

Concentration and mind power work like physical fitness. You don’t need to train for a marathon constantly, but a certain degree of maintenance training is necessary to maintain your fitness levels.

While you won’t need the intense schedule you may have during the course; it would be important to keep doing some of the exercises to keep your concentration at top levels!

Is there a pre-requisite to the training?

The two Charisma School courses, “10 Steps to Inner Power” and “Vitality and Energy Training,” are fundamental to the successful completion of this course. There are many foundational concepts spoken in those two courses that won’t be repeated in Concentration and Mind Control, yet, they are essential to completion.

We won’t discuss Subtle Tension Energy (which is trained on “Vitality and Energy Training”); you will need it for this whole course, particularly the last module.

We also won’t discuss several concepts of inner power that are fundamental for concentration that were taught and trained in the 10 Steps to Inner Power.

We can’t possibly teach everything you need for perfect concentration in one course. Certain assumptions must be in place for me to teach this advanced material. That’s why we only make it available to current Charisma School students.

I won’t advise anyone to start Concentration and Mind Control without completing the “10 Steps to Inner Power” and “Vitality and Energy Training.”

What kind of exercises are there?

Depending on which module you are doing, there are different exercises. But all of them are related to concentration, visualization, and Will. So if you’re not willing to do intense mental work, then it’s best to choose a different program.

How will it start?

Does the software uses 3D graphics?

No. It’s very simple software, don’t expect fancy graphics or advanced artificial intelligence. Its goal is not to dazzle your senses and entertain you. If you want to be entertained, buy a Playstation or any gaming console. The goal is to be convenient for you to train your mind. All the action will be inside your mind. The software is only there to be a guiding hand.

You’ll need Google Chrome to use the online software.

Can I share the course with my friend for him to try?

No. The course has little applicability without the customized Personal Energy Tools for Tratak. And they will only be selected for your individual energy. Anyone else using them can have negative consequences.

Besides, each audio has your “digital fingerprint” imprinted into it to ensure it only serves you. The Charisma School Training Academy automatically imprints a unique code on each audio when you download it.

How to Enroll in Concentration and Mind Control

This course is only available to Charisma School students who own at least one course. It’s an advanced course and unsuitable for those without experience with our methods.

Your investment in this course is only $217. The price can increase at any moment without notice. Once your enrollment is successfully processed, you’ll have immediate access to the Member’s Area so you can start your course straight away with Module 1. For your safety, the payment is made by Paypal. Paypal is a reputable online banking solution that handles all credit card information through a safe and secure processing page.

There are no recurring fees, no additional fees, and no hidden fees.

Let me say just one last thing: If you ever wanted to develop extraordinary mind power and concentration, there is no better opportunity for you than this one right here! It’s up to you to take that action.