Here are a few examples of famous charismatic people from all walks of life: 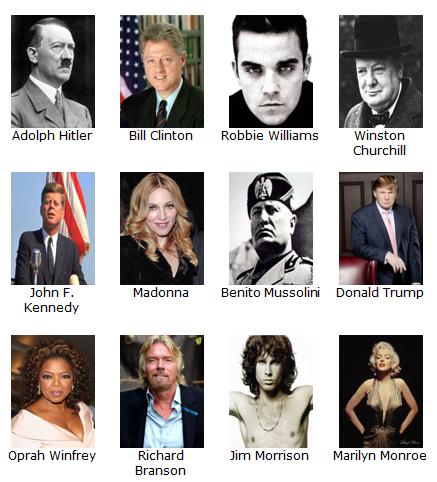 Love them or hate them, you have to face it: they are charismatic and leave no one indifferent. This is not a comprehensive list, just a sample to give you an idea of charismatic persons.

Although they were all charismatic, the traits they displayed were all so different. Each of them has a distinguished set of characteristics different from the rest. We can only conclude with this that charisma doesn’t follow ANY “fixed formula.” You can’t just say: do X, Y, and you are charismatic.

Jim Morrison, lead singer of the rock band “The Doors,” is considered one of the most influential and charismatic persons in the rock industry, yet, he had a lifelong pattern of alcoholism and substance abuse, frequently caused problems everywhere he went, had a depression crisis, among many other adverse events in his life.

John F. Kennedy, considered one of the most charismatic presidents in the history of the USA, had a good childhood, didn’t use drugs (as far as we know), served in World War Two with a heroic distinction, and had a good family life.

If we search hard enough, we might find similarities between John F. Kennedy and Jim Morrison. Still, you would have to agree that, on the surface, they are very minimal, especially compared to other charismatic people.

However, there are at least two traits that all those charismatic people have in common:

1) They are true to themselves;

2) They defied the status quo;

Take these two traits alone, and they don’t mean anything. They represent no real help for your quest to be charismatic. They are as general and useless as all those self-help books on your shelf, BUT in this school, you will learn how to make sense of those two traits and apply them to your life.

We will also extensively study some of these personalities, WHY they are charismatic, WHAT lessons we can learn from them, and HOW the Charisma School framework fits them.

Remember that some of these personalities, despite their charisma, haven’t lived happy lives: substance abuse, murder, and suicide were present in some of them. This will never happen to you if you follow the FULL Charisma School framework specifically designed to become authentic to your own nature. What would be the use of having charisma if your life is destroyed?