How to use the Will Power Correctly – Introducing the Will State

The essential point you need to be aware of is that when the Will is used correctly, you rarely struggle or have pain. It’s a harmonious and congruent action. Everything feels aligned.

This is where the Will State comes in.

The Will state is a way to apply your Will in its full capacity. A way to truly connect with it. The Will State is complete obedience of your mind and body to your Will. There’s no anxiety, no nervousness, just an Act of Will. 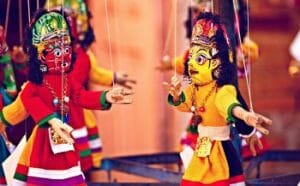 Your body, mind, and emotions obey what you intend to do.

When you use it, you override the automatic aspects of your body, mind, and energy with your “Will” with the connection to your self. It’s a harmonious and fully conscious state. Not of effort but of unity and flow.

The goal of the Will State (also called Act of Will) is to understand the internal state that allows you to connect with your source of Will and inner power in a way where you won’t create this armor and generate energy repression with its obvious downsides.

This way, it’s possible to use this power healthily, empowering us without side effects.

It unifies your whole body, mind, and energy under the control of a central command. There’s no anxiety, nervousness, or repression, just an Act of Will.

As you can imagine, it’s a beneficial state for all situations in our daily life.

How would your life be different if you did what you wanted to do with no interference from your mind and body?

How would you feel if all the influence techniques you learned before now work 100x better due to superior mental supremacy?

Your mind, body, and energy surrender to your Will. They simply know that resistance is futile, so it just gives up trying to come up with “excuses,” anxiety, or fear.

Keep in mind this is not a “logical” or “rational” conclusion of your mind. In many situations, you know that you’re going to do something, yet you are still nervous or anxious.

You know you have to give that speech or presentation. After all, your job depends on it. Yet, you’re still nervous. 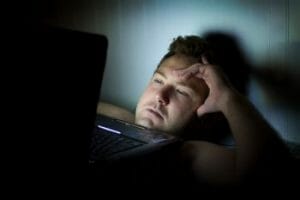 This happens because there isn’t an alignment of your mind, energy, and intention with the Will. Your rational mind knows it will do something, but your subconscious is still trying to avoid or control it. This means your mind is still trying to control the outcome of what it wants to happen instead of surrendering to the true power of the Will.

Hence, it generates this anxiety, nervousness, or fear. If you try to overpower it, you will repress this intense emotion, causing even further harm and a possible panic attack soon. With the Will State, you aren’t overpowering anything; you are unifying!

The Will State’s feeling completely differs from the “Victorian Will.” The “Victorian Will” is a very muscular type of feeling. You resist, tense, and endure; while the Will State is a much more energetic feeling, you absorb, transform, accept and redirect its strength.

When you enter this state, you decide, and no matter what, nervousness or resistance suddenly disappears, even if you’re walking to face certain death.

This is easily seen in the Japanese Samurai ritual of Seppuku, a suicide ritual used by Samurais to die with honor where they disembowel themselves. 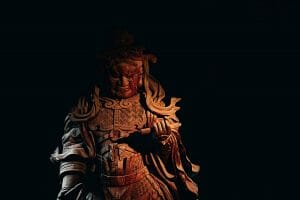 You can learn a lot about the Will by studying the old samurais.

Historical texts have mentioned their calmness and steady mind at the same time they are disemboweling themselves. The moment they decide they will do this, you wouldn’t see any fear in them. You would only see an act of pure Will. Yet, I’m sure you can agree that this will be a good reason to be fearful about it! Much worse than public speaking or approaching a woman.

You know in the depth of your being that you’re going to do this; there’s no turning back, so everything becomes aligned.

Your mind knows this and knows that all resistance is futile, so it just gives up trying to come up with “excuses,” like anxiety or fear. Instead, your mind surrenders to your Will.

Fortunately, your daily use of the Will State will – most certainly – be easier than that.

The Permanent Will State

The Will State tends to be this temporary Will connection, but there’s also a permanent act of Will. This is when you decide on something that affects the core of your being.

We’ve all heard or met individuals who stop negative habits (or start positive ones) from one day to the next with little effort and/or side effects. Most likely, you also had an uncle or a friend who woke up one day and decided to quit his 20 years smoking habit. And haven’t smoked since – with minimum cravings. 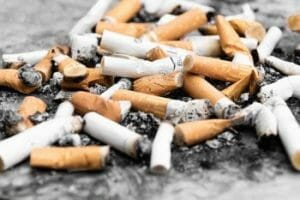 Why do some people quit smoking from one day to the next, and others can’t?

Or someone who decided to be a vegetarian from one day to the next and hadn’t had meat since 1995.

How can someone quit smoking cold turkey or quickly transform his diet without feeling the cravings or emotional upheavals most people have?

What’s the difference between those who quit smoking cold turkey with no cravings and those who go back and forth and never seem to stop even though they try 100 different methods?

It’s undoubtedly not the traditional Victorian notion of willpower since one person barely has any cravings, while the other lives with cravings every day he doesn’t smoke. So, he would need to apply much more of the traditional willpower and would have much more repression.

The difference is in the will state.

In this case, an act of will that permanently changes your energy. A permanent act of will in that particular decision, if you must. It’s a decision you consciously take that changes a crucial and essential part of you. While the other person who tried the 100 different methods unsuccessfully never actually made that decision. At least on this profound level. Maybe they decided on a superficial level but never truly wanted it.

This is not related to what they say to themselves. The inner voice is probably the same in both cases.

But the overall feeling, attitude, and energy are entirely different. And this makes all the difference in the world.

In the first case, the decision is 100% accepted (you are surrendering to your decision), while in the other case, you are still resisting the decision.

It’s the same in personal and sexual magnetism, for example. If you keep resisting your decision to be magnetic (or sexual), you can try 100 different methods, and you’ll always fail. But once you accept your decision and fully embrace the new energy, the new behaviors, and the new thoughts, then you’ll genuinely change.

The permanent act of Will is more of a profound core change in yourself. Not as easy to do and accomplish as the will state, but it’s a potent change agent.

As you see, there’s much more to “willpower” than meets the eye.

In the past texts on magnetism and energy training, they often speak about this type of superior mental supremacy and superior states of mind in connection to your Will as crucial states to be in to move energy and achieve influence, but they don’t explain practical – and working! – techniques to get there. So it all remains on a vague type of description.

Yet, this is the key to unlocking many great powers inside you.

In Charisma School, we developed a much easier technique for you to understand and develop this superior mental state. And it won’t take decades of training like the old samurais either. We consider this technique so important that we made it available as a bonus free course to all Charisma School students who have bought one of our longer courses. But it’s vital to do it with the 10 Steps to Inner Power. Both of these courses combined are crucial in the development of your magnetism and Will.